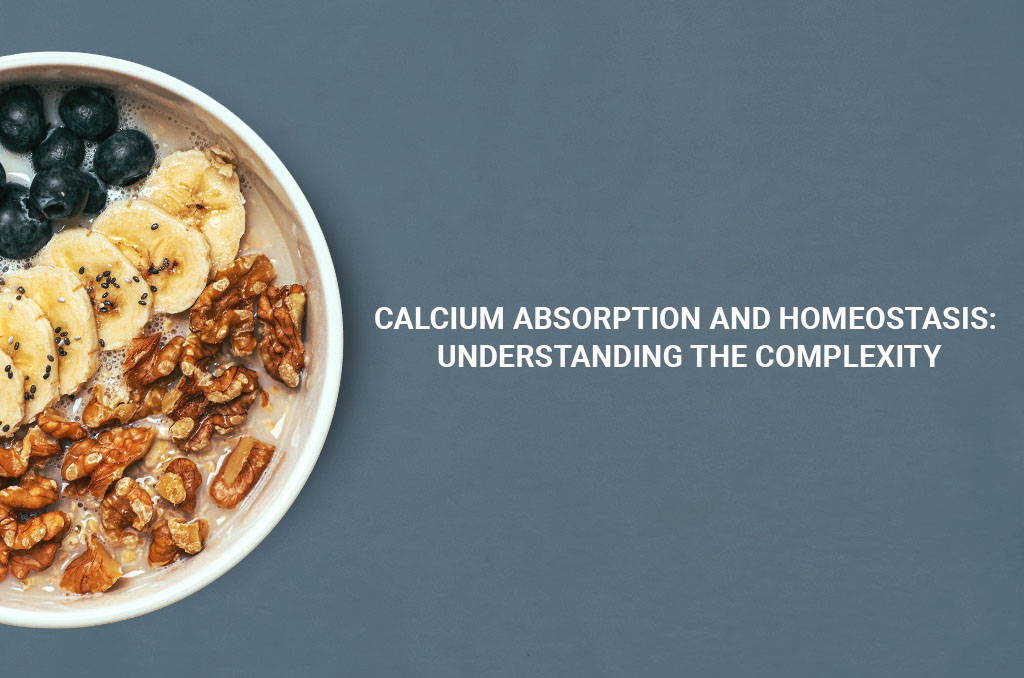 The bones are our largest reservoirs of calcium, containing about 99% of the calcium found in the body. Calcium—in the form of calcium hydroxyapatite (Ca₁₀(PO₄)₆(OH)₂)—is also found in the teeth, in the circulatory system, in the muscles, and in other tissues. But how much do we really know about the stuff?

Calcium plays a crucial role in the body. The vital mineral helps to regulate the blood vessels, oversees our hormone production, and is key to our intracellular signaling—or the way the cells communicate. It’s also involved in our muscle contraction, nerve communication, and other functions.

What does this mean? First off, in the human body, calcium homeostasis—and by extension, calcium resorption and bone formation—is paramount to our overall well-being.

Second, we need to pay close attention to the factors that influence calcium absorption, bone formation, and homeostasis. These include diet, exercise, vitamin D3, thyroid (TH) and parathyroid hormone (PTH), and age. When these factors are out of balance, calcium homeostasis is affected—and disease states such as calcification (the accumulation of excess calcium), osteoporosis, kidney damage, p53 dysfunction, the POT1 gene, and various cancers by DNA mutation may occur.

Depending on the underlying abnormality, there are a number of treatments available. To understand them—and the complexities surrounding homeostasis—it’s essential that we review the different levels of calcium, and the importance of homeostasis in our calcium absorption. 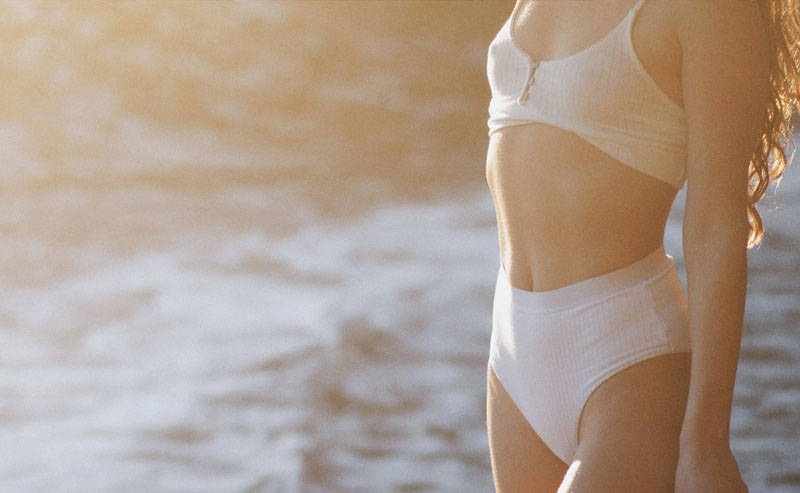 THE LOWDOWN ON CALCIUM ABSORPTION

The human body generally meets its daily calcium needs from foods like eggs, milk, and other dairy products. Additional ingredients rich in calcium include sardines, fortified fruit juices, soybeans, and even dietary supplements.

Sounds easy to maintain homeostasis, right? Not so fast. While our calcium consumption is important, a sufficient calcium intake won’t do much without adequate vitamin D levels. These are what determine how much calcium the intestines actually absorb.

Now, where people above the age of 40 are concerned, several studies point to greater calcium malabsorption—associated with vitamin D deficiency. In post-menopausal women (alongside the reduced calcium absorption we experience with age), lower estrogen levels may also play a role. They too have been found to lead to a greater predisposition for osteoporosis.

But before we explore calcium absorption among the different age groups, we should revisit calcium in itself. The mineral exists in three different forms::

With sufficient vitamin D levels, about one-third of our dietary calcium is absorbed in protein-bound form. In the absence of vitamin D, however, the unabsorbed calcium is excreted—which can cause constipation, mineral imbalance, destruction of the gut microbiome, and various immune problems.

Excessive dietary calcium intake, especially with subpar absorption, can interfere with the absorption of other minerals like iron, magnesium, and zinc. It can also alter the intestinal flora, resulting in greater stomach acidity, a spike in bile acid and fatty acid precipitation, and an increase in colonic pH.

In short, getting enough exercise is critical. With adequate exercise, the complex protein-bound calcium form dissociates to yield protein and ionized calcium, or the physiologically-active form of the mineral.

Conversely, when the protein component is metabolized, the physiologically-active (ionized) form of calcium takes on roles such as bone mineralization, blood vessel tone maintenance, blood clotting, nerve communication, cell signal regulation (or the communication between the cells and external stimuli), muscle contractions during exercise, and autonomous muscle contraction.

And here’s the thing: In sedentary people, including those facing prolonged immobilization or weightlessness, some of this protein-bound calcium can accumulate in the tissues, causing calcification. This can be cause for concern when increasing your physical activity isn’t an option.

Calcium supplements may well be the solution, as they bypass the need for exercise in a method known as passive absorption. The SAC (Sigma Anti-Bonding Molecule Calcium Carbonate) contains calcium that can easily dissociate into a free ionic state, in the lumen of the stomach’s epithelial cell calcium channels, as a free ionic calcium without vitamin D3 (1,25-dihydroxycholecalciferol).

This is an efficient way to mitigate calcium deficiency. That said, calcium absorption and homeostasis—even with adequate vitamin D levels and proper exercise—tend to vary based on age.

In this age group, calcium homeostasis is determined by the amount of calcium in circulation—meaning whether there’s enough calcium in the body.

Without enough ionized calcium, the parathyroid glands will release the parathyroid hormone, thereby promoting calcium reabsorption from the kidneys, activating the osteoclasts to release calcium from the bones into the circulatory system—simultaneously converting vitamin D in the kidneys into its most bioactive form. Vitamin D helps to enhance calcium absorption as a protein-bound calcium from the intestines, all while elevating calcium absorption into the bones via osteoblast proliferation and activity.

In excess of ionized calcium, the osteoblast cells will activate and facilitate calcium uptake into the bones. Additionally, the kidneys will activate less vitamin D, all while inhibiting parathyroid hormone secretion.

Ultimately, the thyroid will generally leverage vitamin D to achieve homeostasis in younger people. This can help to address calcium deficiency (or excess calcium levels) without the need for supplementation.

Calcium homeostasis depends on thyroid and parathyroid hormone availability in this age group, as well as whether there is a deficiency or an excess of calcium in the body.

In the elderly, intestinal calcium absorption is often inadequate. In addition, an age-related hormonal decline may yield negative effects on bone health. Increasing evidence points to vitamin D deficiency, along with reduced physical activity, as the main cause of age-related calcium deficiency.

What happens in these states of calcium deficiency? The parathyroid hormone stimulates the osteoclast cells, prompting the bones to release calcium. Although this can initially help to restore calcium reserves to appropriate amounts, this often happens at the expense of bone loss—leading to osteoporosis.

As such, osteoporosis is most common in post-menopausal women and elderly people. To help treat this condition, drugs like bisphosphonates can inhibit the osteoclast cells’ parathyroid hormone release, inactivating the osteoclasts and subsequently ceasing all calcium ion mobilization from the bones. This can also mitigate calcium deficiency in the serum.

Alternatively, older populations may face low calcium concentrations alongside deficient parathyroid hormone production in hypothyroid states. Due to problems involving parathyroid hormone secretion, the body might not stimulate enough, or any, osteoclast activation—and because ionic calcium is not released from the bones in this case, a calcium deficiency state may ensue. This generally involves symptoms of osteomalacia (or weak bones due to lack of calcium), tetany, hypotension, and cardiac rhythm issues.

To rectify hypocalcaemia, levothyroxine can stimulate the release of the parathyroid hormone. This will help activate the osteoclasts, which can then release calcium from the bones into the circulatory system, simultaneously resulting in bone loss (osteoporosis).

Finally, there could also be an excess state of circulating calcium in the elderly, which inhibits the production of the parathyroid hormone via a negative feedback loop. However, since osteoblasts are largely inactive in this population, they cannot deposit the excess calcium into the bones. The result is an abnormal accumulation of calcium in vital organs such as the kidneys, the heart, and the blood vessels, potentially leading to organ damage. 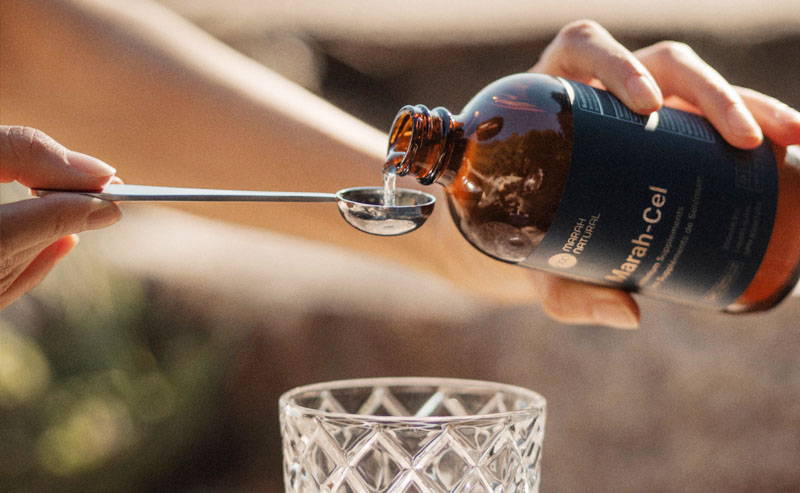 Dietary calcium may be sufficient in younger people. Older individuals, however, need ample vitamin D to optimize absorption. In people above the age of 50, calcium supplementation is recommended.

Simultaneously, exercise is crucial to calcium absorption and homeostasis, as it plays a key role in the dissociation of calcium from protein into an ionized—or physiologically-active—form.

Depending on age, the body can remove excessive calcium from the bloodstream or release calcium from the bones to compensate for any shortcomings. Without doing so, calcium accumulation can lead to organ calcification, or, conversely, to a state of calcium deficiency that would require supplementation.

Problems may also arise when the body releases too much calcium from the bones—a set of circumstances that would likely call for Bisphosphonates, Denosumab etc. ?/? can be risky at some point. Meanwhile, shortfalls in parathyroid hormone secretion can be treated using levothyroxine, which stimulates PTH production and osteoclast activation, releasing calcium from the bones to find equilibrium.

In closing, to fully reap the benefits of calcium, novel supplements such as SAC—which provide calcium in its only physiologically-active (or ionic) form—are beneficial. They not only guarantee increased calcium bioavailability, but they can go beyond the underlying causes of calcium deficiency, activating ionic-calcium-sensitive physiological responses that can help to restore normal calcium levels.